(MISSISSAUGA) — Subaru Canada, Inc. is pleased to announced that Subaru Rally Team Canada (SRTC) claimed victory at Quebec’s Rallye Défi, widening Subaru’s lead in the Manufacturer’s championship standings, and giving the team the lead in the season’s standings. Antoine L’Estage and co-driver Alan Ockwell overcame a number of challenges, including a brake failure and a punctured tire, over the course of the 225-kilometre event in western Quebec to emerge victorious.

“We had a great rally – a great team win,” L’Estage said. “It shows also the strength of our Subaru, because really the conditions were crazy and a lot of people had problems over the rough stuff and we did not.”

After starting the rally strong, L’Estage and Ockwell were hit with a number of small issues, including a punctured tire, that led to delays. Despite the setbacks, L’Estage was able to push through the punishing conditions, finishing the 21-stage rally nearly eight minutes ahead of the second-place team. The win marks L’Estage’s ninth Rallye Défi victory, and gives him a slight lead in the standings as the Canadian Rally Championship (CRC) season continues into its second half.

The top five finishers – as well as seven of the top 10 – in the gruelling Rallye Défi were Subaru vehicles, allowing Subaru to continue its domination of the Manufacturer’s championship standings as it looks to claim a record 13th title. 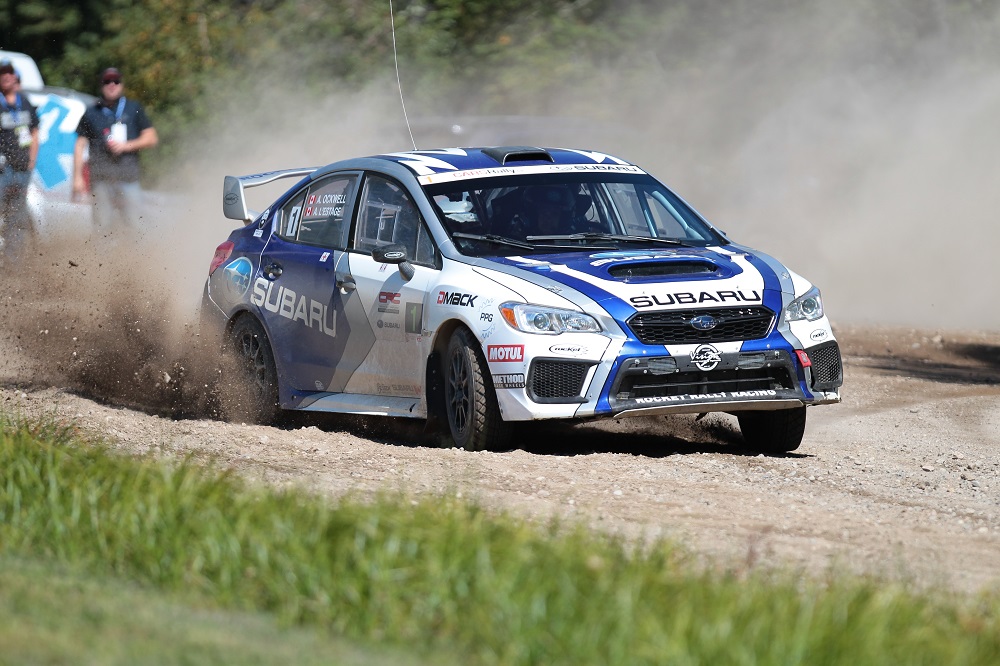