If there’s one number that’s synonymous with success for Subaru fans, it’s 555. That is the number carried on the iconic blue and yellow Impreza that won the World Rally Championship title in 1995, 1996 and 1997.

A sponsorship deal with cigarette brand State Express 555 inspired the livery, but the car didn’t always carry the number. Tobacco branding in sports was controversial at the time and in markets where it was banned, a trio of crescent moons replaced the 555 logo. But its gold wheels were a constant. And the now classic blue and gold still inspires many Subaru owners today.

Subaru’s era of dominance is closely linked to Scottish driver Colin McRae who, in 1995, was 27 years old when he became the first British driver and the youngest person to win the World Rally Championship Drivers’ title. 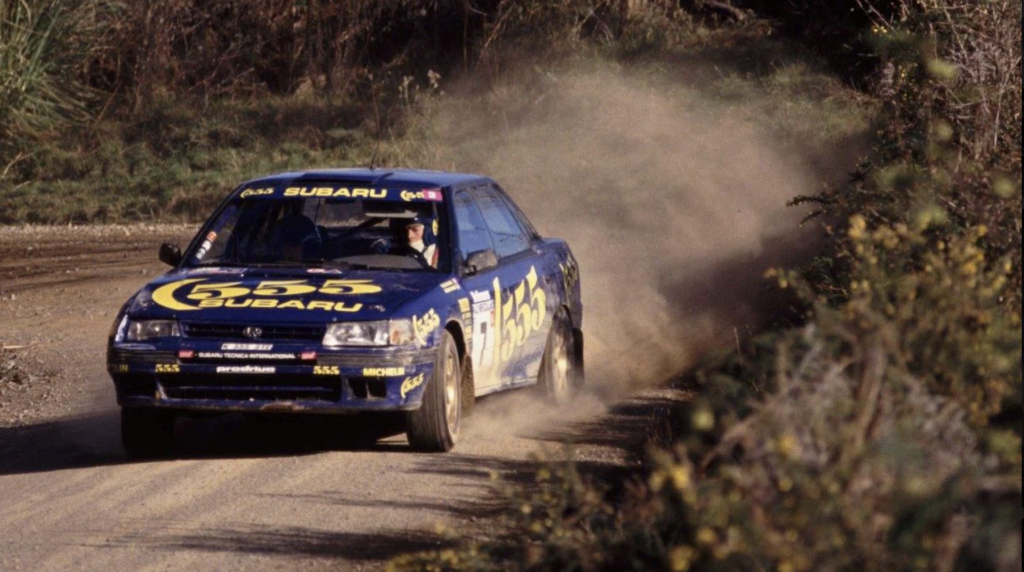 McRae was beloved as a raw talent whose driving style reflected his go-big or go-home mentality. He and teammate Carlos Sainz dominated the 1995 season, taking victories at the Catalunya Rally, Rally of New Zealand, the Portugal Rally, and the RAC Rally of Great Britain. Twice that year, Subaru locked up the podium, with Sainz and McRae joined in Catalunya by Piero Liatti in third, while Richard Burns took third at the following round in the UK — where the Scotsman won to clinch the Drivers’ World Rally Championship title.

Under the rules of the World Rally Championship, competition cars are based on road going models, so the 555 story began with the Impreza’s unveiling at the 1992 Los Angeles Auto Show. Its competition debut came the following year with the Impreza scoring its first podium in its debut event with driver Ari Vatanen and co-driver Bruno Berglund at the 1,000 Lakes Rally in Finland. Its first win came on the 1994 Acropolis Rally, with Sainz and co-driver Luis Moya.

Enjoy the natural sound of the 555 in action: https://www.youtube.com/watch?v=2jiBF2mGxdw&t=4s